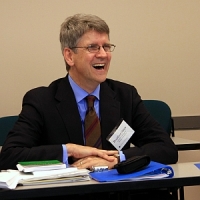 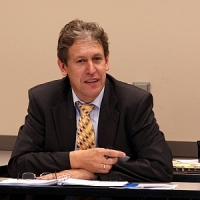 International Colloquium: “The theological Challenge of Intercultural Relations in Age of Globalization”

The Second Triennial Colloquium of INSeCT was hosted by DePaul University, Chicago from June 19-21. Twenty-six representatives of member societies from six continents and twenty countries were able to attend. The topic for this colloquium had been decided following a broad consultation of member societies where globalization was frequently identified as one of the signs of the times, including questions relating to intercultural relations, the migration of peoples, fundamentalism and relativism, secularization, detraditionalization and the loss of identity, and growing concerns for ecology and the care of the earth. The scale of these many issues is contributing to a loss of the sense of agency and a growing gap between rich and poor. (…) 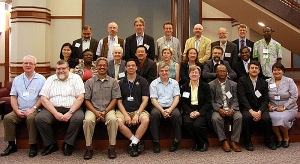 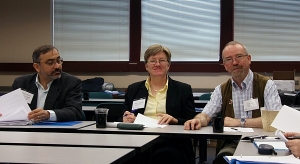 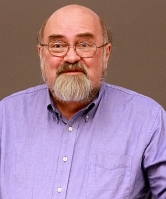 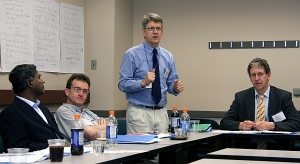 Basic information about the state of Catholic theology in regions around the world is widely unknown and not easily available. The essays that have been written do not offer comparable information about the social and religious contexts, the regional theological institutions; and the pressing concerns of local theologies. There are currently no means of communication through which this information can be obtained, gathered, and disseminated.

In response to this situation, INSeCT is initiating a project inviting regional reports on the state of Catholic theology around the world. These reports will address three basic topics.

Dr. Michael Amaladoss, S.J., inaugurates this project with his report on the state of theology in Asia. Within the next calendar year we will post reports from Dr. Susan Rakoczy, I.H.M, on South Africa, Dr. Gideon Goosen on Australia, and Dr. Sergio Silva on Chile.

Promoting Dialogue about the Reports: An Open Invitation

Asia is a vast continent. More than half the world’s population lives there. Two great and ancient cultures – China and India – have marked it. Besides these there is a rich diversity of cultures and peoples. It has been the cradle of all the world religions. Trade and migration has lead to much interaction. Contemporary Buddhism is one example of such interaction. Is it possible to speak of a common theological stream for such a vast continent?

During the last twenty-five years the number of Catholic theologians in Africa has increased dramatically as the general population of Catholics has grown from approximately 39.7 million to 116.6 million (between 1970 and 1998). However, there are limited opportunities for African theologians to disseminate their work among themselves, which is necessary to foster the further development of their own theological voices and traditions. Although there is growing interest worldwide in the scholarly contributions of Catholic theologians from the various regions and academic settings in Africa, their work has not received the public attention it deserves. These problems must be addressed in order to foster communication and collaboration among theologians in Africa and to promote opportunities for theologians around the world, Catholic, Protestant, and Orthodox, to learn from their colleagues in Africa, a world of many living cultures and faiths, as they wrestle with various theological, social, and pastoral challenges.

The International Network of Societies of Catholic Theology (INSeCT) is seeking to respond to this situation by establishing a site on its webpage for posting short essays by Catholic theologians from Africa on doctrinal, moral, and practical topics, as well as brief descriptions of approved dissertations by African theologians.

Manuscripts are to be submitted to the president of INSeCT (Dr. Bradford Hinze at bradford.hinze@marquette.edu) who will distribute them to members of the African Catholic Theology editorial board from regional centers in Catholic Theology in Sub-Saharan Africa. Board Members include Elochukwu Uzukwu and Justin Ukpong from Nigeria, Teresia Hinga from Kenya, Stuart Bate from South Africa, Léonard Santedi Kinkupu from Kinshasa, Congo, and John Mary Waliggo from Uganda. Entries will be accepted in English or French and should be 15 to 20 pages long.

INSeCT would also like to identify The New Generation of African Catholic Theologians. We are asking those who have received their doctoral degrees since 1990 to send to the president of INSeCT their name, where they are from in Africa and where they are teaching, the institution where they received their doctoral degrees, the title of their dissertation, and a brief (100 to 200 word) description) of their dissertation. This information will be posted as a part of the African Catholic Theology project.

African theology, or what some call African Christian theology, is that theology which reflects on the gospel, the Christian tradition, and the total African reality in an African manner and from the perspectives of the African worldview. The total African reality, of course, includes the ongoing changes in the culture. Some prefer to speak of theologies because they see much diversity in African culture and religion; others see a fundamental similarity in the religious experience and in the nature of the emergent issues. Discussion of African theology usually considers the scene in Sub- Saharan Africa, leaving aside the Coptic tradition in Egypt and Ethiopia. Until recently, it was usual to distinguish three currents of this theology: African theology, black theology in South Africa, and liberation theology.